Giving back at Thanksgiving: Save the red wolf 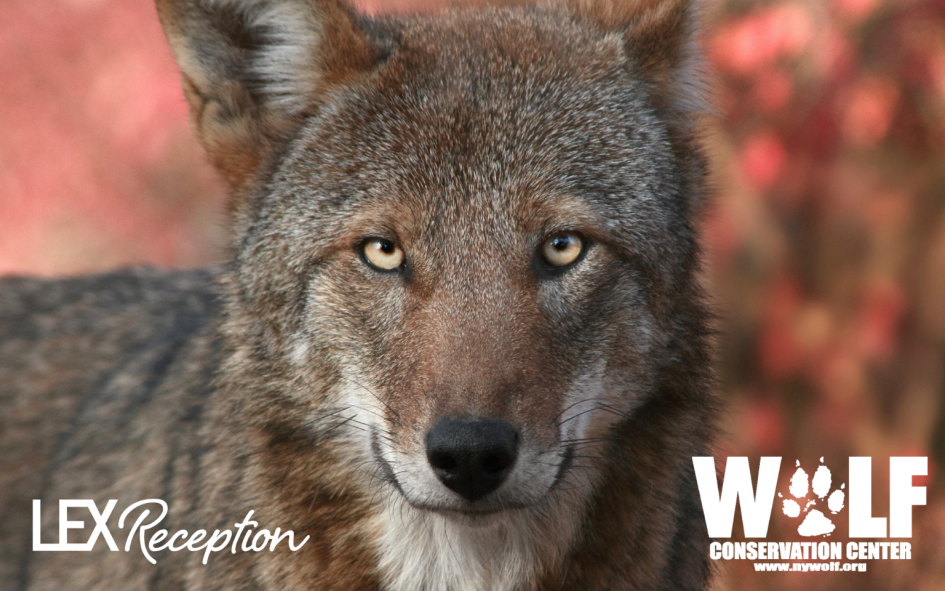 LEX Reception is proud to be launching our Giving Back initiative this Thanksgiving. Each month, we will be supporting a different wildlife conservation project to protect threatened species and promote balance around the world.

We’re so excited to be working with an amazing US-based charity this November. When we are thinking of what we are thankful for this year, we are not only thankful for our fantastic customers, or our motivated team, but how thankful we are to live on this planet.

Our pale blue dot has looked after us as we’ve grown, and now that we are grown, we can see that the Earth needs our support. At LEX, we want to lessen our footprint. One of the ways that we can do that is by supporting species that have been threatened by humankind’s impact.

Our first charity is the Wolf Conservation Center, and we will be supporting their red wolf conservation project. Red wolves are now listed as a critically endangered species on the IUCN’s Red List. There are only 7 known wolves currently living in the wild.

Red wolves are native to the southeastern states of America, with distinctive reddish-brown fur and a smaller size than their cousin, the grey wolf. In their natural habitats, they are part of the ecological balance that allows a variety of species to thrive. We saw this in Yellowstone National Park, after the reintroduction of the grey wolf.

In Yellowstone, scientists observed a cascade of changes brought by grey wolves that encouraged diversity and growth in the area. The wolves changed the behavior of elk and deer, which helped vegetation and trees flourish. This in turn increased the population of beavers, songbirds, rabbits, bears, eagles, and many more species. With fewer elk grazing, more trees grew, which strengthened the soil and led to less erosion, especially along river banks.

Red wolf populations have dropped drastically since the 1960s, after loss of habitat and overzealous predator control reduced their numbers. In 1973, 14 red wolves became the start of a captive breeding program with the aim of reintroducing red wolves back to their former homelands.

The Wolf Conservation Center has been supporting this recovery effort since 2004. After welcoming two litters in 2018, the WCC’s Endangered Species Facility is now home to 16 resident red wolves who are part of the WCC’s in-house breeding program. The wolves have a large enclosure secluded from humans to prepare them for survival in the wild.

We have a role in ensuring that these incredible species have a place in the future that we create. We want to make sure that our children and grandchildren experience the same rich planet, full of species like the red wolf.

When we collaborate, we can make a greater impact. Help us make an impact this Thanksgiving, and give back to our planet and our endangered species.

Find out more about the Wolf Conservation Center and the essential work they do. If you are wondering whether an answering service could make a difference to your firm, it’s a great month to decide to give us a try!