Delivering justice for rhinos with the IRF 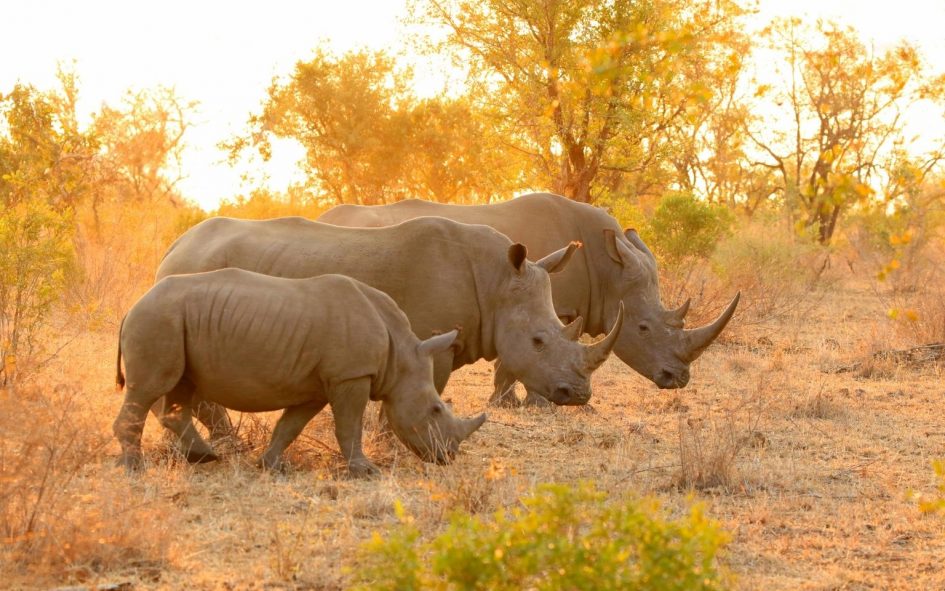 In our mission to hear more, we have reached out to the International Rhino Foundation to support their crucial work protecting endangered rhinos around the world.

By donating 1% of our monthly revenue to support global conservation projects, we can give back to our planet and the diverse species that live on it. We are so proud to give to organizations like the IRF, that are working to make a difference and give a voice to communities and creatures without one.

Rhino conservation is at a critical point, with four of the five rhino species endangered. In fact, three species, the black, Javan, and Sumatran rhinos, are critically endangered. Both Javan and Sumatran rhino populations are estimated at under 100 individuals, with the real threat that these species could vanish in our lifetimes without action.

The greatest threat to wild rhinos is poaching. Rhinos are targeted by poachers due to the demand for their horns on the black market, particularly in East Asia. In the last decade, 10,000 rhinos have been killed for their horn, which is sold as a cure or symbol of wealth in certain cultures, despite there being no scientific evidence of any medicinal effect of rhino horn.

The International Rhino Foundation is dedicated to protecting and preserving rhino species, through partnerships with local organizations. Their goal is to ensure the survival of these incredible animals and create a world where rhinos thrive in the wild.

They coordinate a huge number of initiatives, from providing resources and skills to anti-poaching rangers in Sub-Saharan Africa, to supporting habitat restoration and breeding programs for Javan and Sumatran rhinos in Indonesia. Today, they are active in countries like South Africa, India, Vietnam, Indonesia, Eswatini, Zambia, and Zimbabwe.

How our donation matters

Our monthly donation will support their legal training program for South African rangers. It is challenging to bring poachers to justice through the courts system, and many cases are thrown out due to technical mistakes made during arrests, evidence collection and case preparation. The IRF have partnered with a prestigious South African law firm to create a legal training program that will secure more convictions in court.

We want to support their aim to train approximately 300 rangers and managers in 2021. If you want to contribute to their legal training program, or one of their other vital initiatives, discover ways to give on their site. Or you could join team LEX in taking the RPU challenge, and show your support for the Rhino Protection Units that walk 30 miles in a single day to monitor and protect critically endangered rhinos.

By choosing LEX, our clients can make an impact through their business, allowing us to support causes that matter.

If like us, you are passionate about rhino conservation, the International Rhino Foundation’s website contains more information about their programs and impact. To learn more about our commitment to hearing more and giving back, take a look at our donations so far.