Giving back woodland: the song thrush. 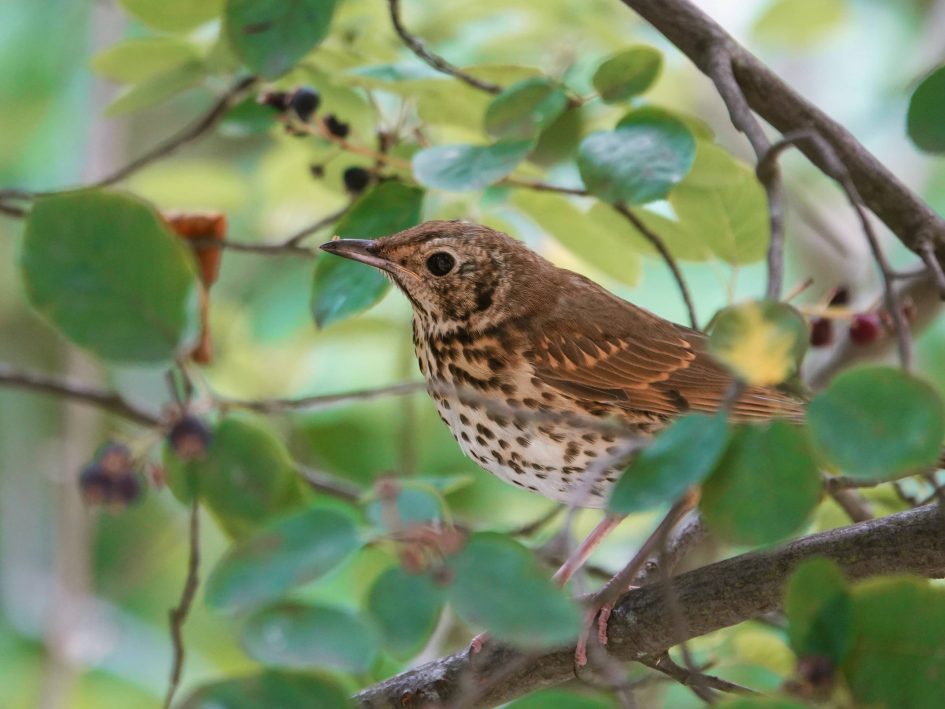 LEX Reception has a pledge – to give back 1% of our revenue to species in need, from the largest to the smallest. In September, we are supporting one of the little guys, the song thrush. The song thrush is native to the UK and northern Europe, and our donation to the Scottish Wildlife Trust will help them create new habitats across Scotland to nurture wildlife.

The song thrush is a garden bird that many people in the UK would have grown up seeing fluttering tree to tree. Even if they hadn’t seen one, they would have heard its distinctive song coming from hedges and woodland.

These small birds are solitary and mostly feed on worms. They do enjoy snails – they break into the shell by picking up the snail in their beak and smashing it onto a rock!

However, populations have declined by up to 50% between 1970 and 1995. Much of their historic feeding and nesting habitat has been lost – woodland habitats were cleared and farmland was drained leaving less food for these birds. It is a Red List Species under the Birds of Conservation Concern review and a Priority Species in the UK Biodiversity Action Plan – meaning we need to act now to stop the decline and support the song thrush population.

One of their reserves is Loch Ardinning, a wildlife haven for the song thrush and other key species. The Loch Ardinning reserve is just a short drive from one of our ‘work from anywhere’ offices in Aberfoyle, where our UK team – and eventually our global team – can work surrounded by Scottish wildlife.

Loch is the Scottish word for lake!

The Scottish Wildlife Trust are working to restore woodland habitat to create a network of habitats for migratory birds like the song thrush to travel through. The area surrounding the loch is in the perfect spot for native woodland, and LEX’s donation in September will support this project, enabling the planting of Scottish trees and seeds. The Trust’s team will also be monitoring the habitat as it develops to make sure the trees are protected from grazing deer as they grow.

To support Scottish Wildlife Trust and the diverse wildlife projects they head, you can donate or adopt a Scottish animal species. And if you visit Scotland, be sure to visit one of their reserves and learn more about the work they do. We are proud to share the stories of animals in need, both big and small, and champion species without a voice of their own.

A huge thanks to our clients who help us protect species around the world with their business. By working with LEX, our clients stand beside species in need and make a difference.