Protecting the most endangered marine mammal on Earth. 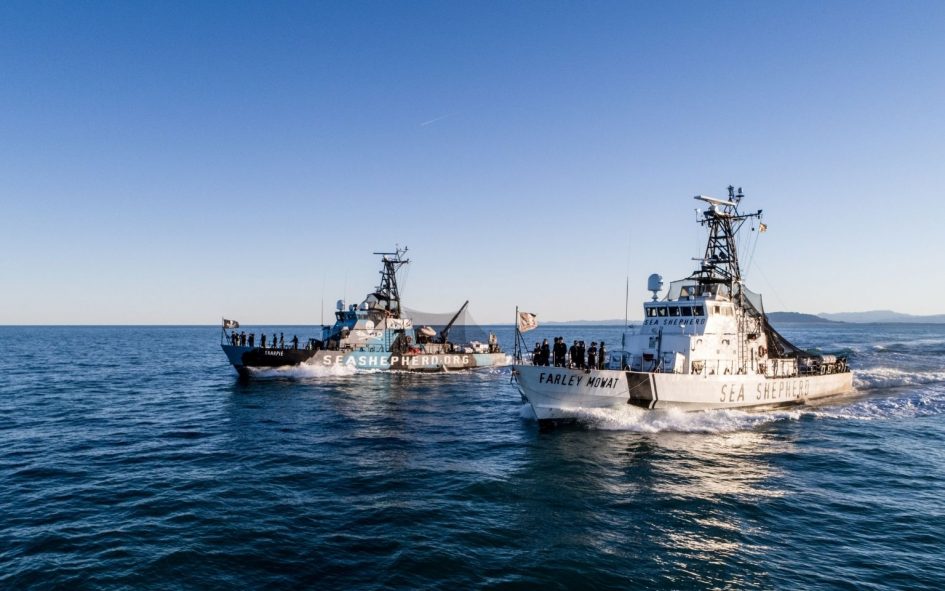 Some conservation projects take years to have a tangible impact on the species they are supporting. For other projects, every day is crucial for the survival of the species.

The Vaquita porpoise is a species on the edge of extinction that needs our support now, if we want to see them in a year’s time. As part of our commitment to endangered species, LEX Reception will be donating 1% of our monthly revenue to Sea Shepherd Conservation Society, a non-profit on the frontlines of vaquita conservation.

The vaquita might be the most endangered animal you’ve never heard of. This species of porpoise is only found in the Upper Gulf of California, just off the coast of Mexico. It is the smallest species of porpoise, recognizable by the dark rings around its eyes and lips.

By most estimates, there are only 10 vaquita left on Earth. This incredible species is under threat from illegal fishing in the Vaquita Refuge, a federally protected area. The nets aren’t placed to catch vaquita, but they are a casualty of poaching for more valuable species in the area. Porpoises can’t breathe underwater, so if they get tangled in a gillnet while looking for food, they can drown.

This isn’t the first attempt to protect the vaquita. The Refuge was created in 2005 to slow their decline, but because of insufficient patrols, poaching in the area continued. There were even attempts by other conservation organizations to catch them and establish a captive breeding population, but vaquita can’t survive in captivity. The only solution was to preserve their habitat, as Sea Shepherd had worked towards.

Sea Shepherd is a non-profit conservation organization committed to fighting threats to all marine species. By working with international law enforcement and national governments, they confront illegal activity at sea and cross oceans to protect wildlife in need.

It’s not easy protecting ocean creatures. The distances are vast, and the intersection of international and national laws makes it tough to catch people looking to profit at the expense of wildlife and ecosystems. Sea Shepherd has a fleet of 12 vessels which allows them to defend the seas with direct action campaigns.

“Our presence in the Upper Gulf is more urgent than ever due to the precariously low number of vaquitas left. Every gillnet removed is a weapon disarmed, giving hope that the vaquita can be saved in this race against extinction.”

A future for vaquita?

Operation Milagro (meaning miracle) is the Sea Shepherd solution. Working with the Mexican government, six Sea Shepherd vessels identify and retrieve illegal nets throughout the Vaquita Refuge. They have removed over 1000 nets and other fishing gear from the area and rescued thousands of animals caught in them.

While the vaquita’s situation is dire, hope is not lost. Ten individuals are enough for the species to bounce back, if they are protected as their calves are born. That’s why we can make a difference right now.

How can I support the vaquita?

To support Sea Shepherd’s work protecting the remaining vaquita, donations allow them to get their staff on the boats taking action where it is needed. It also helps to fund technology that scans and locates illegal nets, making sure these are removed as quickly as possible to prevent harm.

You can also share the vaquita’s story and make sure everyone knows about this incredible animal we are so close to losing forever. Watch the documentary about the vaquita, Sea of Shadows, and share the essential work that Sea Shepherd does every day to ensure their survival.

We are so thankful to our many clients, who enable us to protect our world’s species through our pledge to give back. By choosing LEX, they help to support endangered animals around the globe.