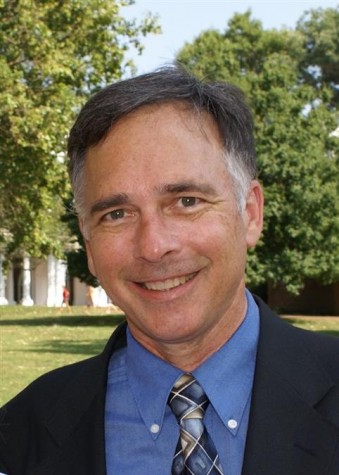 It was a casual conversation. Doug Koenig, then a recent graduate of law school, had just finished helping a 94-year old client sort out some family legal issues. As they were winding down with a polite chat, his client began to describe the first time she had ridden a horse with her dad at the age of eight. With perfect clarity, she recalled the heady rush of the wind in her hair and the thrill of that first ride more than eighty-five years ago. “I heard that story and thought: I’m done,” says Doug. “I’m done with everything else I’m doing. I want to be an Elder Law attorney and hear more of these stories.”

His affinity for the elderly and love of a good story were two small factors in Doug’s decision to become an Elder Law attorney. Through personal experience, he discovered just how crucial Elder Law attorneys are in a time when the Baby Boomer generation are entering their twilight years. “My mother-in-law developed signs of Alzheimer’s, and my mother had multiple surgeries,” he recalls. “They both had a number of issues that nobody could help resolve. We didn’t have anyone to help walk us through the system, to navigate all the different issues that elders face.”

It’s a problem reflected in millions of families all across the country. Today alone, roughly 10,000 people will reach the retirement age of 65, according to the Pew Research Center. More than 70% of that group will need long-term care. Yet resources are few and far between for a huge percentage of the population facing life-altering decisions such as power of attorney, long-term care, financial assistance, or even the growing trend of “aging in place”—the option of growing old in the comfort of one’s own home, retrofitted to accommodate the changing needs of the elderly.

“I realized not only is there an underserved and very needy market, but it’s a pretty technical one. It’s like a big puzzle all the time,” says Doug. His role as an Elder Law Attorney is to sit down with his clients and their families and solve that puzzle. Much more than a Document Attorney or Estate Planner, Doug’s services take a holistic approach, covering everything from estate planning to finding and applying for benefits to putting provisions in place for a future that lines up with his clients’ wishes. “The key isn’t to necessarily take them out of the situations they’re in,” he says, “But to give them support for where they are.”

The Importance of Communication

Doug credits patience, good communication, and a natural love of listening for his satisfied clients. The latter is a skill he strongly encourages anyone with an aging family member to cultivate. “Talk to them,” he urges. “Elderly people who are beginning to recognize that they’re having some struggles are proud, and they’re not going to admit it. Have a conversation, be willing to engage them. My experience is they will talk to somebody. Then you can figure out what they need.” He’s seen too many clients who had waited too long to have that conversation, until they no longer have the capacity to guide their future and age where and how they want. By having a conversation, coming up with a plan, and setting a few small provisions in place, the transition into the latter years of one’s life no longer needs to be daunting.

“I sit with the people. When they’re done, they understand what’s happening, what their options are, what these documents are supposed to be doing for them, and more importantly, we’ve had a meeting with the family, so everybody’s on the same page. So when the elder walks out at the end of this whole process and says, ‘Thank you, I feel better.’ I like that. That’s fulfilling.”

If you happen to be in the Durham, North Carolina area and want to find out more about Doug’s services, check out his website at www.dougkoeniglaw.com or follow him on Facebook and Twitter. For resources and information on taking care of an aging loved one, take a look at his suggestions below. Have any of your own? Leave them in the comments!

Seven Truths About Dementia – Doug’s seven truths about a dementia diagnosis, and what your next steps should be.

Planning for the Future

Twenty Questions about Incapacity Planning - Doug’s book on planning for incapacity and various powers of attorney. (Free if you’re a Kindle Unlimited subscriber.)

A Place for Mom – an excellent website for finding senior living tailored to you or your loved one’s needs and preferences.